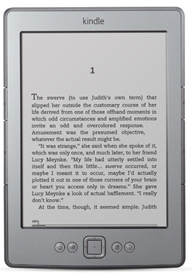 It's been a frustrating week.

I was seriously thinking about buying the new Nook Simple Touch on Friday (it was marked down to $79 for a special Friday price). Maybe even two. I took my Nook to Barnes and Noble on Friday afternoon -- I'd promised Middlest that we'd spend a couple hours there, we try to do that once a month or so, to check out the new books. Anyhow, they had this promotion that you could get some free gourmet chocolate if you showed your Nook at the B&N Starbucks on the weekend after Thanksgiving. So Middlest could read for a couple of hours, I could check out children's holiday books for review purposes, I could pick up a Nook (or two) @ $20 off for each one, and I'd get free chocolate.

Kill two birds with one stone, as they say. Maybe a flock of birds. Not that I want to kill birds, mind. I rather like seeing them out the window.

Anyhow (pardon my Monday-morning scatteredness), I came very close to buying at least one more Nook for school purposes. The girls are all over my Nook, constantly begging to read on it. (They love old-fashioned books that come as free downloads, Horatio Alger for instance.) I also bought an ESV Bible back when I first got my Nook, and over the weekend I also bought and downloaded a Strong's Greek and Hebrew dictionary for the Nook. I also discovered how to transfer library books to the Nook. The portable library is growing! Except... 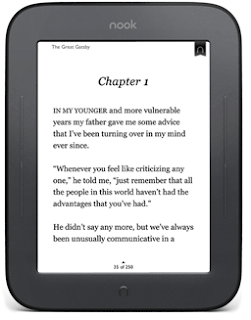 I've been terribly frustrated, though, in looking for a decent Koine New Testament for my Nook. I have a great version on my desktop Kindle reader that I bought from Amazon. For $1.99, it does everything I want it to do. Most importantly, it has all the little markings and doohickeys that we're learning in our Biblical Greek class (accents, mostly).

We're supposed to be reading Greek out of the Bible a little every day as part of our homework, so it really helps to have a Koine Bible. I'd love to have it on the Nook, part of my portable library.

I have spent several hours over the past weeks searching for a Koine Bible that I could use on the Nook. You wouldn't believe all I've tried. I looked for free versions first, of course. They're old texts, evidently digitized using OCR software, and the text shows up on the Nook as gobbledy-gook. I bought a Koine Bible from the B&N Nook store, and yes, all the letters are there, but no accents. I need the accents! I even tried converting the Kindle etext to an EPUB format -- looks fine on the desktop but the Nook doesn't like the looks of it and puts question marks all through the text.

I spent some time at Target on the weekend talking to someone who worked in the electronics section, finding out what she could tell me about Nooks and Kindles (Target sells both). She owns a Kindle, and sang its praises. She also mentioned that for the Kindle (now this is hearsay -- I haven't checked the facts) there are thousands of e-books available, she might even have said tens of thousands or hundreds of thousands, it was a large number and I'm somewhat number-challenged. The important thing she said was that Nook readers have only a fraction of that number of titles available.

After my Koine NT search, I'm inclined to believe her. 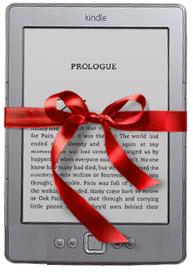 One reason I was thinking about getting another Nook or two was that I'm told we can share our Nook books between up to six devices all keyed off the same email account.

However, if I can't get the books I need, there's no point.

I noticed that the simplest Kindle is $79, same as that highly touted special Nook sale price at B&N.

If I do manage to scrape together the price of a new e-reader for our homeschool and pleasure reading, it's looking more and more like a Kindle...
Posted by Home Sweet Home(school) at 8:52 AM